A CASE STUDY BY SOCIAL SOLUTIONS

The leading cloud software provider for the social good sector

From Paper to Progress

The Way It's Always Been

For 16 years, Kim Wittel, Executive Director, has come into the Lancaster County office of Love In the Name of Christ (Love INC) each morning set on a mission to connect people in her community with the services that they need. And what does that connection look like? 35 to 40 calls a day, four staff and a multitude of volunteers, 170+ partner churches, three unique program areas, hundreds of needs met… and a lot of spreadsheets.

That is, until Kim and her team started using Apricot Case Management Software to collect and report on the services they offer the community. Now, handwritten call notes, stacks of files and hours at the computer counting at the end of every month are a thing of the past. In their place is one seamless, easy-to-use tool. Less time on data and more time with clients? Now that is progress.

For many nonprofits, this story may sound familiar. When Kim joined the organization in 2004, staff and resources were limited. The single staff member responsible for running the call center, or Clearinghouse, recorded the daily call log by hand on a single desk calendar. Piles of handwritten notes about who called, when they called, the identified need and the status of the need cluttered the office. The risk of losing just one sheet of paper could mean a person not fed or housed that night. 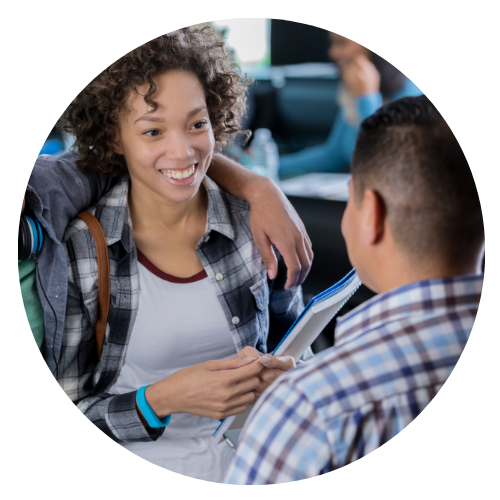 Should she invest the time and resources to train new staff in this old way of thinking, or was it finally time to take the plunge and try something new?

During the first hour of each morning, someone from the Love INC team would collect the handwritten call logs from the day before, along with corrections and updates to current records, and compile the data into a single spreadsheet.

The data would then be manipulated, and the new, updated spreadsheets would be prepared for that day.

At an hour every morning and two to three hours at the end of every month, collectively, that's 23 hours a month, or 276 hours a year.

With community needs and call volumes increasing, Kim knew there had to be a better way to collect their data. But it wasn't until Jessica Dunlevy, Love INC's Ministry Assistant, joined the team that she knew it was time to change. Kim considered her four-person staff and had a realization.

Three out of four of them would be retiring within the next five years. These data collection methods were working well enough for them – but would they work for the next generation of staff?